All books listed below were published by Division of the Humanities faculty members in January through July or were not listed in our last installment of recent faculty publications. 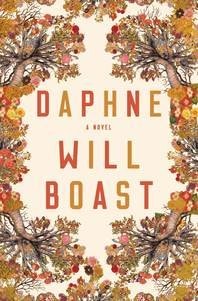 In mesmerizing prose, best-selling and Rome Prize–winning author Will Boast reimagines the myth of Daphne and Apollo in this much-anticipated debut novel.

Elegantly written and profoundly moving, this spellbinding debut affirms Boast’s reputation as a “new young American voice for the ages” (Tom Franklin). Born with a rare (and real) condition in which she suffers degrees of paralysis when faced with intense emotion, Daphne has few close friends and even fewer lovers. Like her mythic namesake, even one touch can freeze her. But when Daphne meets shy, charming Ollie, her well-honed defenses falter, and she’s faced with an impossible choice: cling to her pristine, manicured isolation or risk the recklessness of real intimacy. Set against the vivid backdrop of a San Francisco flush with money and pulsing with protest, Daphne is a gripping and tender modern fable that explores both self-determination and the perpetual fight between love and safety. —from publisher's website

Boast is a lecturer in fiction for the Creative Writing Department.

Christopher A. Faraone, The Transformation of Greek Amulets in Roman Imperial Times (The University of Pennsylvania Press, 2018).

The era of the Roman Empire was distinguished by an explosion of images and texts in a variety of media—metal, papyrus, mosaic, gemstone—all designed to protect, heal, or grant some abstract benefit to the persons who wore them on their bodies or placed them in their homes. In the past scholars have explained this proliferation of readily identifiable amulets by a sudden need for magic or by a precipitous rise in superstition or anxiety in this period, connected, perhaps, with the internal breakdown of Greek rationalism or the migration of superstitious peoples from the East.

Christopher A. Faraone argues, instead, that these amulets were not invented in this period as a result of an alteration in the Roman worldview or a tidal wave of "oriental" influence, but rather that they only become visible to us in the archaeological record as a result of a number of technical innovations and transformations: the increased epigraphic habit of the Imperial period, the miniaturization of traditional domestic amulets, like the triple-faced Hecate, on durable gems, or the utilization of newly crafted Egyptianizing iconography. In short, it is only when explicitly protective or curative texts, or strange new images, are added to traditional Greek amulets, that modern observers realize that these objects were thought to have the power to protect or heal all along. The real question addressed by the book, then, is not why we can identify so many amulets in the Roman Imperial period but, rather, why we have failed to identify them in artifacts of the preceding centuries.
Featuring more than 120 illustrations, The Transformation of Greek Amulets in Roman Imperial Times is not only a tremendous resource for those working in the fields of ancient magic and religion but also an essential reference for those interested in the religion, culture, and history of the ancient Mediterranean. —from publisher's website

Faraone is the Frank and Gertrude Springer Professor in the Humanities and the College. An esteemed scholar of Hinduism presents a groundbreaking interpretation of ancient Indian texts and their historic influence on subversive resistance.

Ancient Hindu texts speak of the three aims of human life: dharma, artha, and kama. Translated, these might be called religion, politics, and pleasure, and each is held to be an essential requirement of a full life. Balance among the three is a goal not always met, however, and dharma has historically taken precedence over the other two qualities in Hindu life. Here, historian of religions Wendy Doniger offers a spirited and close reading of ancient Indian writings, unpacking a long but unrecognized history of opposition against dharma.
Doniger argues that scientific disciplines (shastras) have offered lively and continuous criticism of dharma, or religion, over many centuries. She chronicles the tradition of veiled subversion, uncovers connections to key moments of resistance and voices of dissent throughout Indian history, and offers insights into the Indian theocracy’s subversion of science by religion today. —from publisher's website

Doniger is the Mircea Eliade Distinguished Professor of the History of Religions in the Divinity School, Department of South Asian Languages and Civilizations, Committee on Social Thought, and the College. 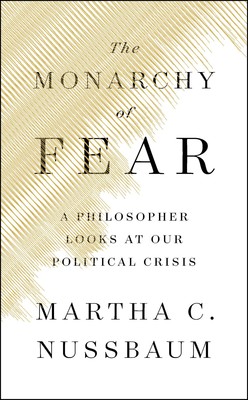 Martha Nussbaum, The Monarchy of Fear (Simon and Schuster, 2018).

From one of the world's most celebrated moral philosophers comes a thorough examination of the current political crisis and recommendations for how to mend our divided country. For decades Martha C. Nussbaum has been an acclaimed scholar and humanist, earning dozens of honors for her books and essays. In The Monarchy of Fear she turns her attention to the current political crisis that has polarized American since the 2016 election.

Although today's atmosphere is marked by partisanship, divisive rhetoric, and the inability of two halves of the country to communicate with one another, Nussbaum focuses on what so many pollsters and pundits have overlooked. She sees a simple truth at the heart of the problem: the political is always emotional. Globalization has produced feelings of powerlessness in millions of people in the West. That sense of powerlessness bubbles into resentment and blame. Blame of immigrants. Blame of Muslims. Blame of other races. Blame of cultural elites. While this politics of blame is exemplified by the election of Donald Trump and the vote for Brexit, Nussbaum argues it can be found on all sides of the political spectrum, left or right.
Drawing on a mix of historical and contemporary examples, from classical Athens to the musical Hamilton, The Monarchy of Fear untangles this web of feelings and provides a roadmap of where to go next.—from publisher's website

Nussbaum is a faculty member in the Department of Philosophy.

Following the publication of Adam Smith’s The Wealth of Nations, nineteenth-century liberal economic thinkers insisted that a globally hegemonic Britain would profit only by abandoning the formal empire. British West Indians across the divides of race and class understood that, far from signaling an invitation to nationalist independence, this liberal economic discourse inaugurated a policy of imperial “neglect”—a way of ignoring the ties that obligated Britain to sustain the worlds of the empire’s distant fellow subjects. In Empire of Neglect Christopher Taylor examines this neglect’s cultural and literary ramifications, tracing how nineteenth-century British West Indians reoriented their affective, cultural, and political worlds toward the Americas as a response to the liberalization of the British Empire. Analyzing a wide array of sources, from plantation correspondence, political economy treatises, and novels to newspapers, socialist programs, and memoirs, Taylor shows how the Americas came to serve as a real and figurative site at which abandoned West Indians sought to imagine and invent postliberal forms of political subjecthood. —from publisher's website

Taylor is an Assistant Professor in the English Department.